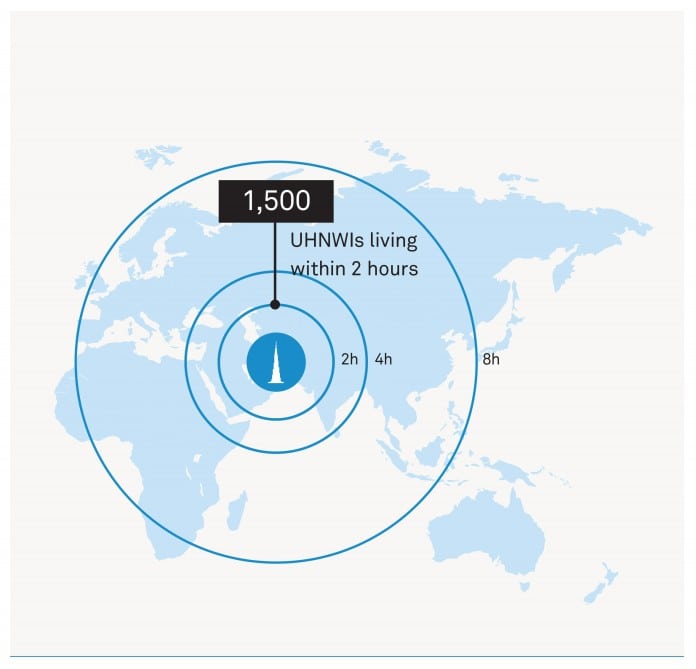 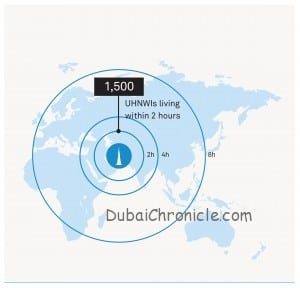 Dubai has emerged as the fifth most important hub for wealthy individuals, according to a survey of UHNWIs (ultra-high net worth individuals). Dubai’s ranking rose from eighth place in the previous survey (2015), outperforming other popular destinations such as Shanghai, Paris and Sydney. These insights formed part of the 2016 edition of the Knight Frank Wealth Report, which examines and analyses the performance of prime property markets, global wealth distribution and the attitudes of wealthy individuals towards property.

Dubai’s geographical location means that the emirate is accessible to 1,500 UHNWI’s within a two-hour flight. Findings reveal that more than 10,000 individuals with net assets of more that USD 10 million stay in permanent or secondary homes in Dubai. This number is higher than those choosing to stay in Paris (9,500), The Hamptons (9,300), Miami (5,400) and Cannes (2,220).

‘Over the last decade, Dubai’s economy has evolved significantly on the back of modern infrastructure and business-friendly regulations’, said Dana Salbak, Head of MENA Research at Knight Frank. The city has emerged as a global hub for financial services, logistics, hospitality and trade, making it a popular destination for people to live, invest, educate their children, network and spend their leisure time.

The continued commitment to diversify Dubai’s economy and develop its infrastructure and logistics sector, (through investments in Emirates Airlines, Dubai Airports and Ports), in addition to enhancing the city’s tourism offerings (with the delivery of various theme parks) has increased Dubai’s global appeal’ said Salbak. ‘Investments in education and healthcare are also solidifying the city’s position as a leader in alternative sectors’ she added.

London and New York took the top two positions on the list of most important cities to UHNWIs. ‘No other city comes close in terms of their breadth and depth of appeal’ the report added, as they are expected to remain unrivalled over the next couple of years. 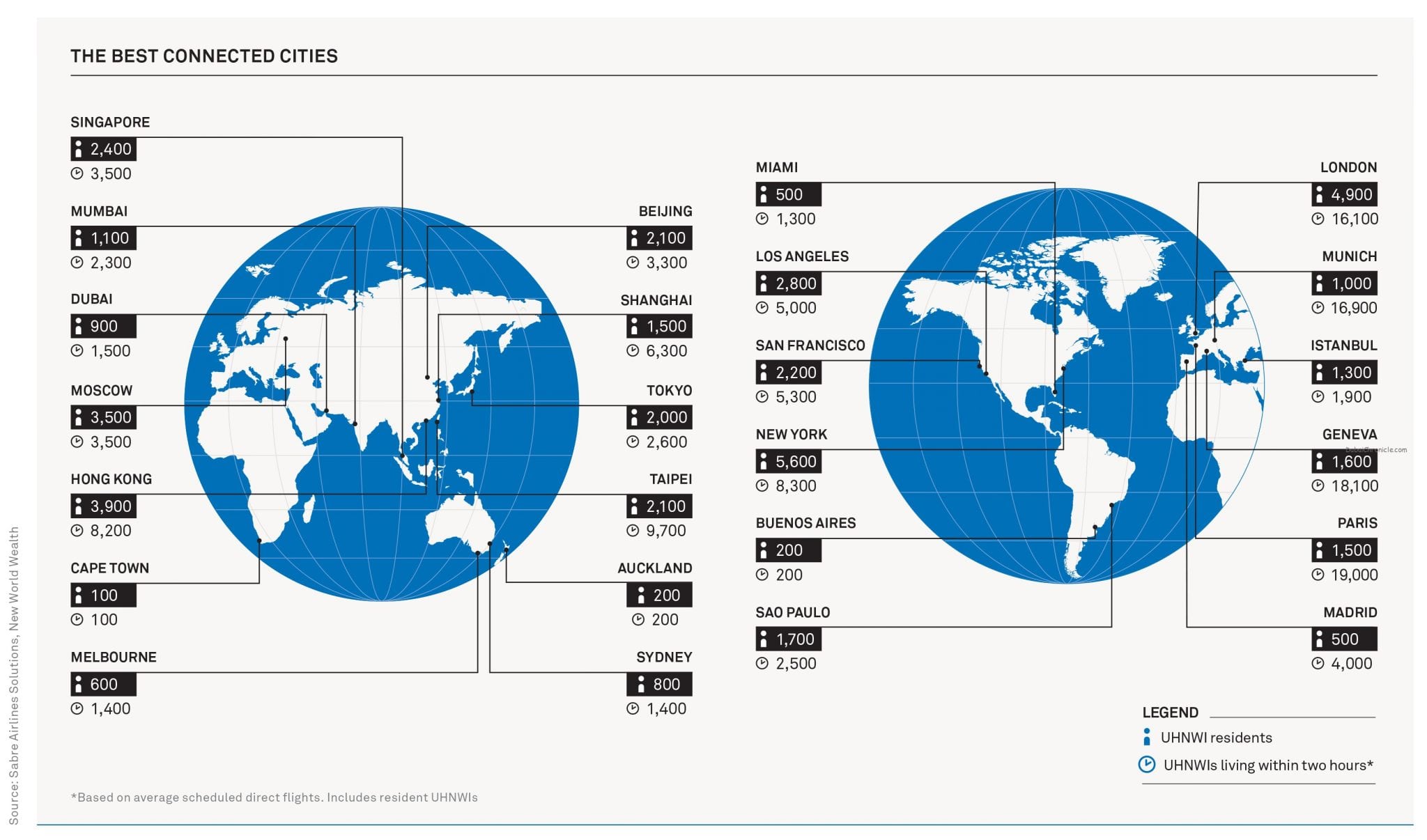 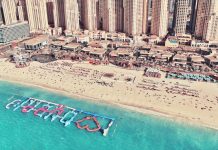