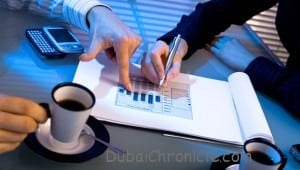 Business confidence in the Middle East is at its lowest ebb for more than five years, according to the latest global survey of accountants.

The Global Economic Conditions Survey (GECS) carried out jointly by ACCA (The Association of Chartered Certified Accountants) and IMA (the Institute of Management Accountants) for the third quarter of 2015 suggests that the renewed fall in oil prices is likely to have concerned businesses, given the region’s dependence on energy exports. Capital expenditure plans have understandably been pared back. Businesses have also become much more downbeat about the ability of governments to continue propping up growth with fiscal stimulus.

The government spending expectations index for the region has never been lower. That said, the withdrawal of government support is likely to be gradual. Governments in the Middle East generally have large amounts of fiscal reserves and relatively little debt. It was notable that more respondents still expected government spending to increase over the next five years than expected it to decline.

One country where the outlook could be brightening is Egypt. As a net energy importer it is not as vulnerable to lower oil prices as other economies in the region. It will also receive a boost from the major extension of the Suez Canal and an increase in natural gas output, which will help resolve electricity shortages. Much, of course, will hinge on whether the country can avoid further bouts of social unrest.

Results from GECS show that, globally, finance professionals were more gloomy than at any time since 2011.

The survey, the largest regular survey of accountants around the world, which attracted 950 responses, showed that the emerging markets of the Asia Pacific region, in particular, have suffered the deepest slump. This follows concerns about the Chinese economy on which so many of them rely, along with a fresh fall in global commodity prices. More firms in the region are putting a freeze on recruitment and investment in staff is falling.

There is also less optimism among finance professionals in China itself –with business confidence there close to its lowest reading since GECS began.
The vast majority of firms are scaling back on investment, with 44% of respondents putting a freeze on recruitment or making job cuts. More than half of firms which were surveyed said that there were fewer profitable opportunities than six months earlier.