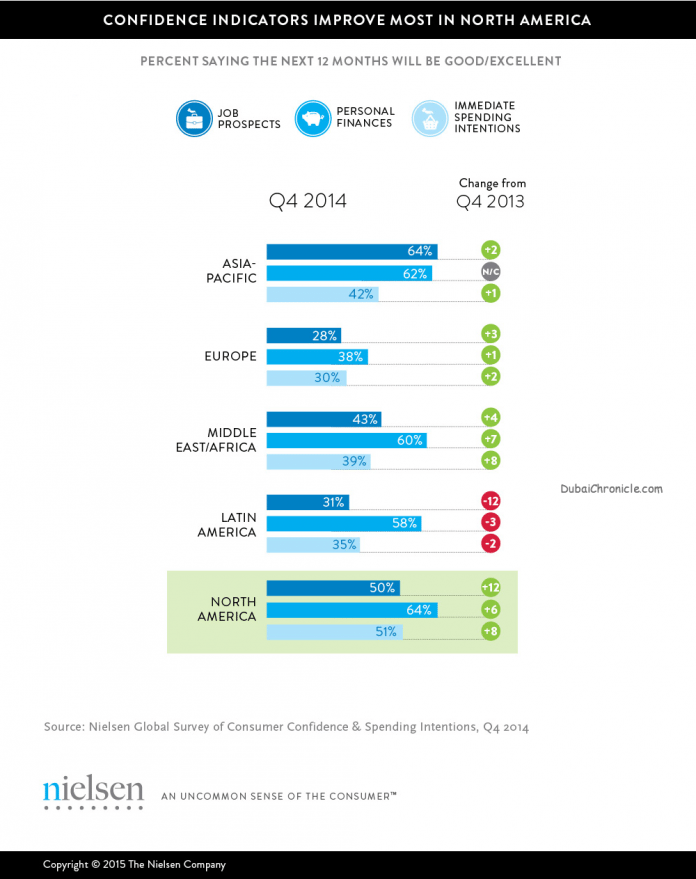 Though consumer confidence scores saw a slowdown between the third and fourth quarters of 2014, people are still finding reasons to see the glass as half full. Confidence scores improved in 39 of 60 markets year over year, meaning that progress is slow, but it is indeed taking place in more than half of global markets measured. Eleven markets reported double-digit confidence climbs, including the U.S. and the U.K., which rose 12 and 10 points, respectively. Other notable increases from the previous year include Romania (+15), Egypt (+14), Ireland (+13) and Bulgaria (+13).

Similarly, while all global consumer confidence indicators declined in the fourth quarter—job prospects (-3 percentage points), personal finances (-1 pp) and immediate spending intentions (-1 pp)—year-over-year performance was positive. Just under half of global respondents (49%) believed the job market would be good or excellent in the next 12 months, up from 47% in fourth-quarter 2013. Likewise, perceptions of personal finances slightly improved to 56% (from 55% the previous year) and immediate spending intentions rose to 40% (from 38%). 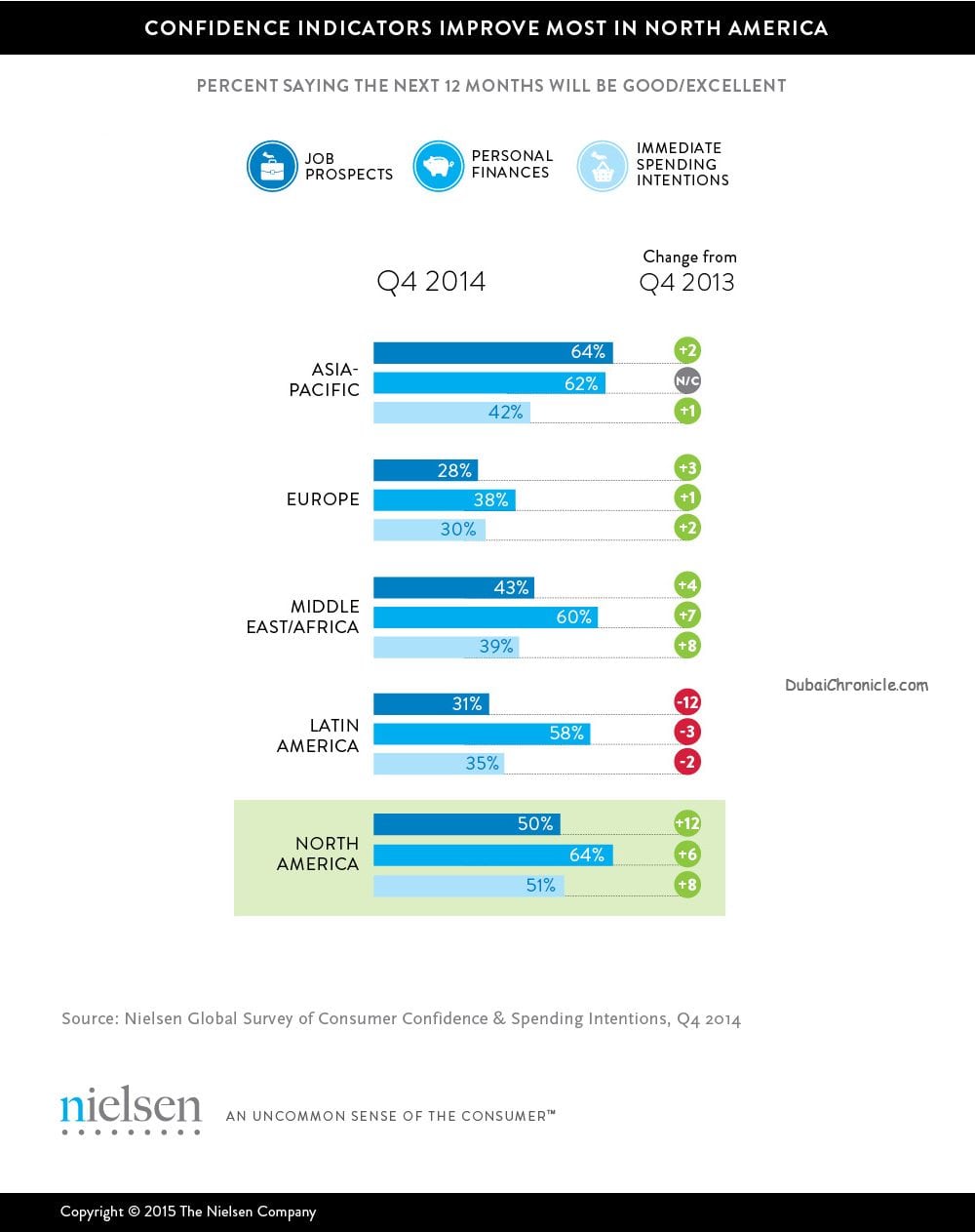