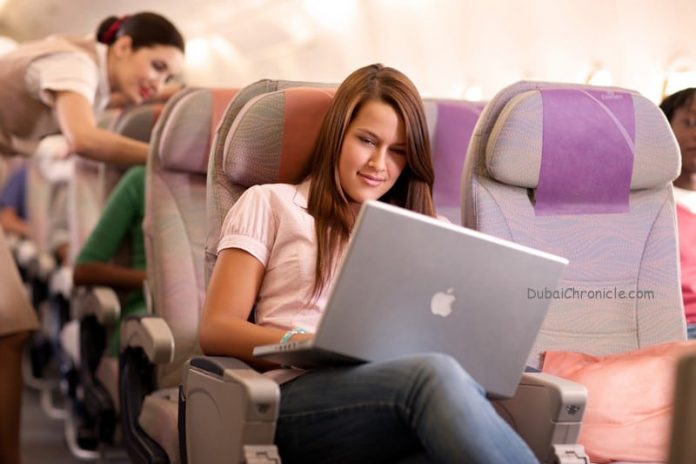 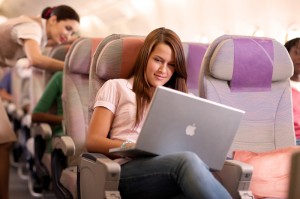 Today Wi-Fi is one of the most sought-after extras on a flight and here’s some great news – Wi-Fi availability on airplanes is improving fast! This was the conclusion of a new research, which looked at global airlines’ in-flight Wi-Fi and found that U.S. travelers are the luckiest, as they will find this essential feature on two-thirds of all flights. In addition, the report ranks the most Wi-Fi friendly airlines in the world.

The research was conducted by RouteHappy, a website which compares airlines by in-flight amenities. It discovered that availability is actually spreading fast – on almost a quarter of all flights around the globe you have some chance of using Wi-Fi connection. And U.S. carriers are leading as they offer Wi-Fi on two-thirds of all the miles they fly.

The report looked at flights, scheduled to depart on February 5 – a typical mid-week travel day, according to researchers. And while general availability is present on most major airlines, its performance varies. For instance, 35% of U.S. flights have “good” Wi-Fi – the equivalent of 3G connection speed. 38% of the flights offer “better” connection, similar to 4G, and merely 1% provide its passengers with the “best” connection where they can enjoy smooth video streaming. Among the airlines worldwide, the situation is similar – only 1% has the “best” Wi-Fi, 31% have “good” quality connection, and 34% have “better” Wi-Fi.

Understandably, there are major differences between Wi-fi friendly airlines. For example, in the U.S. you will have Wi-Fi on all Virgin America flights, as well as on most Southwest and Delta flights. Globally, 45 airlines offer Wi-Fi connection on 15% of their flights. And the best carriers are Icelandair, followed by Norwegian, Etihad, Singapore Airlines, and Lufthanza. Among the top 10 airlines to provide Wi-Fi connection also are Iberia (Spain), Aeroflot (Russia), Emirates (Dubai), Japan Airlines and Qatar Airways.