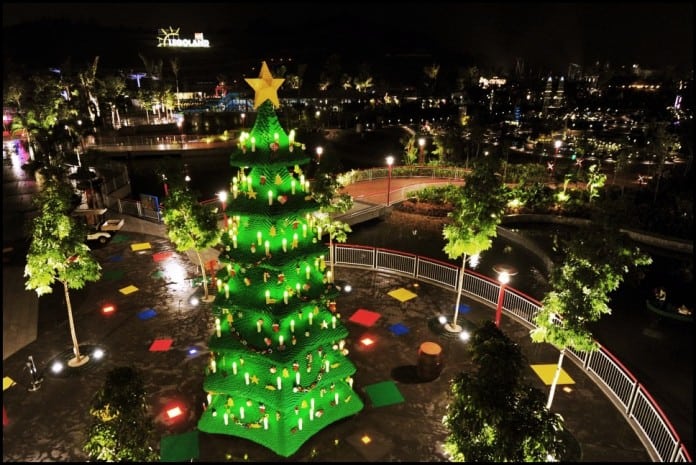 What inspires people to break a world record – their hunger for supremacy, fame, a weird obsession… or Christmas. You will be amazed to learn that the holiday is one of the most record-breaking period of the year. The Christmas inspiration drives some people to extreme achievements.

Nearly half a decade ago, a group of scientist from the University of Glasgow, UK, decided to find a way to cut down on their Christmas card expenses. What they came up with were miniscule holiday cards that were so tiny that were signed to the book of Guinness records. The scientists made cards that measured only 200 x 290 micrometers. Still, that was enough to put a postage stamp on it. Each of the 8,276 baby-sized cards that were made even had a picture of a Christmas tree on them.

The UAE also has a Christmas-inspired world record. Back in December 2010, a decorated festive tree with an estimated value of $11,026,900 was displayed near the Emirates Palace in Abu Dhabi. Why was it so pricey? Maybe because it was decorated with 181 jewerly-ornaments and it had a height of 13.1 meters.

Compared to the previous world record, this one required a much tighter budget. Nevertheless, it included 16,092 people all of them wearing red noses. This record was broken in Adelaide, Australia in 2011. 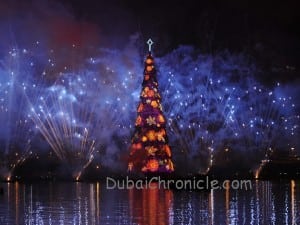 Where do you like to place your Christmas tree- by the fireplace, by the window? Seven years ago, in Brazil people decided to spice things up a little bit by putting a festive tree in the water. The tree, however, stays above the water and it has a height of 85 meters.

This holiday season, a number of Christmas-inspired records were also broken. Most of them, revolved around Christmas ornament and light displays.

That is right – a human Christmas tree! This strange record was recently set in Honduras, where a group of 2,945 volunteers and government employees formed the world’s biggest human Christmas tree. To make things more festive, they all dressed in the colours of the holiday – red and green. Participants, who were positions at the top of the tree, however, were dressed in yellow to resemble a star-shaped Christmas ornament. Believe it or not, that is not the first time in which such a record is attempted. In 2013, a group 1,982 people in Argentine set a similar record.

Most Christmas Lights on a Residential Property

A few weeks ago, a family in LaGrangeville, NY followed the holiday tradition to decorate their house with Christmas lights. However, this year, they got a little carried away, since their festive display featured exactly 601,736 lights. It took the family two months to create this light show.

Largest Image Made of LED Lights

This record is Christmas-inspired because the LED lights were used to make a 3D image of three Christmas presents. This spectacular record was broken by David Richards from Australia. For his creation, he used 1,194,380 LED lights. The entire display covers 3,865 sq. m. The best thing is that all of these efforts were part of an annual charity campaign.

This year, on November 27, the record for biggest Christmas bauble ornament was broken in Italy by a local… brewery. The ornament has a diameter of 4.58 meters and it weighs 481 kg.

But while Christmas makes people break records, it also keeps them together. According to a social media research, Christmas Eve is the least popular day in which couples break up.