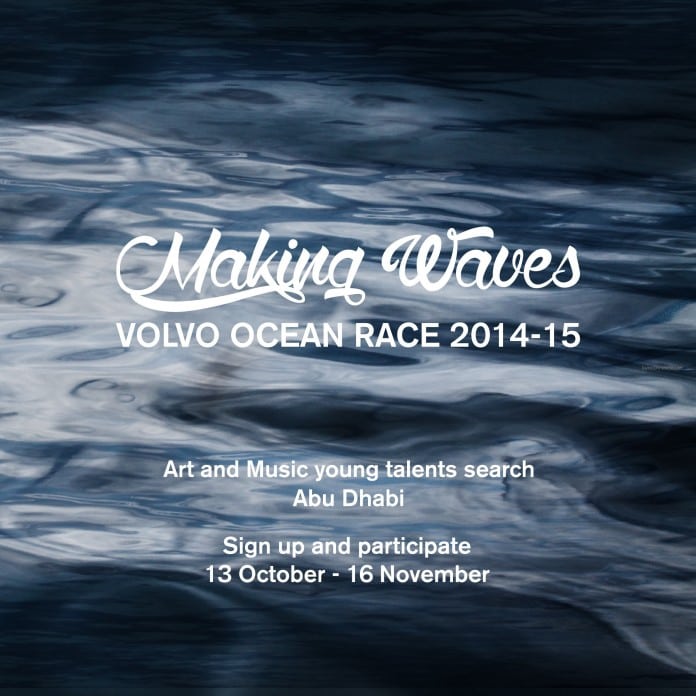 The project is offering global exposure in the 2014-15 edition of sailing’s toughest race, which visits Abu Dhabi in December this year.

The two winners will see their work featured on the race’s official digital channels as well as at the stopovers around the world and in a travelling multimedia exhibition once the race is over.

The contest also offers AED 4,700 (four thousand and seven hundred Dirhams) for one winner in each category, and is open to young people (aged 18 to 35) who live in the UAE and are bursting with creativity and originality in art or music.

“We want to attract talented young people and offer them the race as the theme for their creative piece of work. It’s a great opportunity to discover the values of the race and the special relationship we have with Abu Dhabi. The Emirati maritime heritage is rich indeed, and we are eager to unearth the local talents of this diverse region,” said Knut Frostad, Volvo Ocean Race CEO.

The artistic category of the contest is open to entries in the fields of painting, photography and digital art. For music, entries are invited from dance, pop, electro, indie or rock acts.

In order to take part, contestants are invited to sign up from 13 October until 16 November and upload an example of their best work, following the instructions at:

Fans will vote for their favourites on Facebook and a jury will choose the winners before 20 November 2014.

The winners will then create an original theme inspired by the Volvo Ocean Race and Abu Dhabi, where the Race Village will be open at Breakwater Corniche in Abu Dhabi from 12 December, 2014 until 3 January 2015.

Each of the 11 cities of the 2014-15 route is running the ‘Making Waves’ competition. Alicante, the Port Start, saw Brigitte Laverne win in the music category with the photographer Alex Postigo taking the honours in the art contest. From Cape Town, animation illustrator Ryan de Carte has won the art category, whereas David Watkyns, a jazz trumpet graduate from South African College Of Music with influences from artists such as Goldfish and Chet Baker, received the prize in the music category.