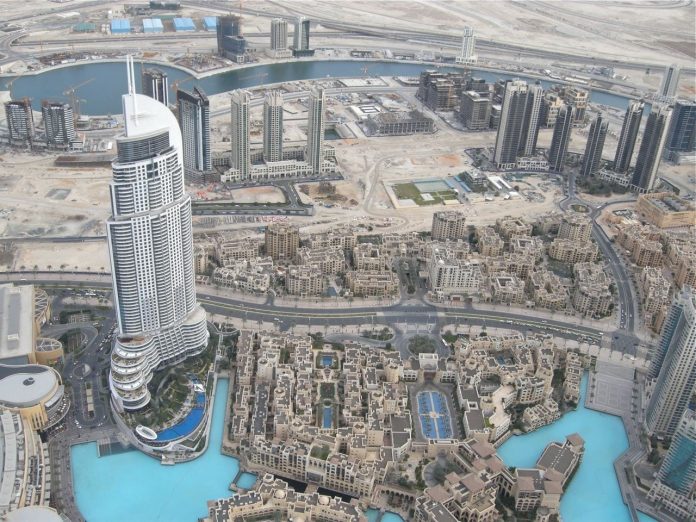 Reports about the stabilizing phase of Dubai’s real estate market began surfacing before the summer of 2014, when industry experts commented that the signs of overheating were starting to wane. Now, with the tighter government regulations and the fresh supply of new units, rents are stabilizing, while residential property transactions are declining. It is very much possible this tendency to continue at least in the coming few months. In the long term, the unfolding correction should be viewed as a market transition to a more mature stage.

After Dubai’s property prices soared dramatically last year on the back of the World Expo 2020 win announcement, analysts and global organizations, including the International Monetary Fund, warned Dubai was heading to another bubble. Despite the spectacular price growth, now the market seems to be cooling off, as the latest official figures suggest. According to the CBRE Q3 report, average residential rents declined by 1% across Dubai during the quarter. This fall comes after ten consecutive quarters of growth and it is influenced by the increase of newly completed residential units. The global real estate research and consulting firm has estimated that 19,000 new units have entered the market so far in 2014. Another factor is the slower holiday period in the summer, which led to a slight drop in rental rates. External factors such as increased geopolitical risk, Ebola and ISIS invasions, additionally contribute to the shaky development.

The decline in the broad residential sector is obvious by now. Average sale prices dropped in most areas, with luxurious homes mostly affected. The rents have declined by at least 5% in Jumeirah Beach Residence, DIFC, Springs, Meadows and on the Palm Jumeirah. Overall, more affordable for expats areas of Dubai have outperformed prime residential communities in terms of rental growth, on both annual and quarterly basis. Mirdif, Jumeirah Village, International City, Discovery Gardens and Sports City are among the city’s areas where stable demand for rental homes is persistent, although rents might have declined slightly as well.

Other sources are citing similar numbers and analysts at JLL are noticing similar trends. In their Q3 2014 market report, they estimate the current completed property stock at 373,000 units. And by the end of the year, another 9,000 units are expected to enter the market. By the end of 2016, JLL say, 33,000 more units will be completed. It is very much possible the number to be higher than the tracked by the consultancy firm. The fresh supply is meeting the strong demand in the market, which is one of the factors explaining the stabilization of the rents. Despite the constant growth of the population, which is about to reach 2.3 million according to figures by Dubai Statistics Centre, the new supply will compensate. An average of 15,000 units per year is expected to be delivered in the coming years, if not more.

At the same time, consumer confidence remains strong, according to the latest report by Dubai Economic Department. The index remained at 143 points during Q2 in 2014, the same level from the previous quarter, but with additional data suggesting an improvement in consumer finances. Another healthy indicator for the overall state of Dubai’s economy is the positive business confidence – the Purchasing Manager’s Index (PMI) released by HSBC and Market Economics, increased to 58.4 in August from 58.0 in July.

The third quarter of the year, a traditionally quiet period for the Dubai residential sales market, has remained slow in terms of transaction numbers, CBRE report also shows. During July and August, 2,525 freehold residential transactions were completed, or a total of AED 5.17 billion. Compared to the same period last year, when sales value was AED 6.667, this is a drop of 22%. Prime residential areas of Dubai Marina, Downtown Dubai, the Palm Jumeirah and Emirates Living have attracted the larger part of the total investment, or 59% of it, which is approximately AED 3.05 billion.

Fueled by the solid growth in the services sector, notably the retail and hospitality industries, the demand for mid to low-end residential units will remain strong, at least in the short term. However, analysts are also looking at the overall economic state of Dubai and its expected growth, which not only influences the business sentiment, but also reflects directly to the real estate market.

The aviation sector, together with its related industries, contributes to 28% of Dubai’s economy. Dubai International Airport, which has grew to one of the largest and busiest airports in he world, serves around 75 million passengers annually. By 2020, its capacity will be increased to 100 million people per year, but still, it won’t be enough. Dubai has prepared a second airport that will require a massive investment of $32 billion. The 56 sq. km. project will handle 220 million passengers by mid 2020s, most of which will be from Emirates-operated flights – the carrier will move its operations to the larger hub. It is estimated that by then, the contribution of aviation to the local economy will reach 32%.