Today we mark the World Population Day – the annual event that aims to raise awareness of global population issues and teach us of the risks of overpopulation. It is estimated that a century ago, the world population was a little over one billion, but it grew at such a great rate that today we are 7 billion and by 2025 we’re expected to reach 8 billion. More than half of these people now live in urban areas and according to the latest UN’s report, Tokyo, Delhi, Shanghai, Mexico City and Sao Paolo are currently the world’s most populous cities.[wpsr_retweet]

The World Population Day was inspired by a large event on 11 July 1987 when the global population reached the 5 billion milestone. Established by the United Nations Development Programme, it highlights the importance of people – our rights, our impact on Earth’s environment, poverty, hunger, air pollution, ozone layer, conflicts and wars, overcrowding and humanity’s future. With this year’s theme “Investing in Young People”, the UN focuses on supporting the largest-ever generation of youth. However, the UN also focuses on the problems of overcrowding and urbanization this year. It just revealed the most populous cities in the world.

Cities have always been luring us with exciting economic opportunities, promise for safety and convenience, modernism and development. But today’s cities aren’t what they used to be in Mesopotamia or Egypt thousands of years ago. The twentieth century has seen a rapid urbanization of the world’s population – while in 1900, around 13% of the people lived in urban areas, 49% of them were in cities in 2005. And the latest statistic shows that trend continues to rule despite the shrinking populations and low birth rates in Japan and across Europe. On Thursday, the Population Division of the United Nations Department of Economics and Social Affairs released its 2014 Revision of the World Urbanization Prospects report. It says that the number of people living in urban areas is expected to increase from 54% to 66% by 2050.

According to the UN, in 2007, the majority of the global population lived in towns or cities for the first time in history. The “Urban Millennium” as it is called, has arrived and in the future, even more people will be moving to cities. By 2045, more than 6 billion people will live in urban areas, according to the UN report, which is approximately 2.5 billion more than the current figures. This jump is attributed to the overall growth as well as to the rapid urbanization, mostly in Asia and Africa. India, China and Nigeria will see the largest jumps in the number of city dwellers. 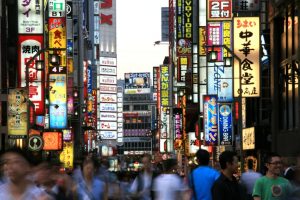 Tokyo maintain its leading position in the latest “mega cities” list with 38 million inhabitants, followed by Delhi with 25 million and Shanghai with 23 million. Mexico City, Sao Paolo and Mumbai are next, each being home to around 21 million people. Fourth on the ranking is the Japanese city of Osaka with over 20 million inhabitants, while Beijing has a little less than 20 million. With around 18.5 dwellers each, Cairo and the New York-Newark urban area come at the bottom of the top 10 chart.

The world’s rural population, on the other hand, is now nearly 3.4 billion and will slowly increase in 2020, but by 2050, experts expect a decline to only 3.1 billion. The rural population is currently concentrated in Africa and Asia (around 90%), but many countries in these two continents are rapidly developing and urbanizing.

While in 1900 there were only 10 mega cities, with population over 10 million, now they are 28. The huge concentration of people will pose significant challenges to developing countries, especially in Africa where nations will struggle to sustain so many people.

Asia Emerging Stronger Than Ever in The Post-pandemic World