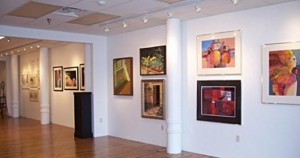 Swiss Art Gate UAE in co-operation with Emirates Palace and Pro Art Gallery, Dubai is going to show “Classical Art in the Palace – From Picasso and Matisse to MF Husain” in Emirates Palace’s Mezzaluna restaurant. The launch of the exhibition will be on Wednesday, 21 November 2012, 5.30 – 8 pm in Mezzaluna. The exhibition runs until 19 January 2013 and is open to the public daily. On display are artworks of fourteen classic artists of the 20th century, including Picasso, Matisse, Miro, Dali, Dufy, Braque, Poulain, Lorjou, Gall, Husain, Weisbuch, Zakharov, Larrieu, Valadon.

The exhibition in Abu Dhabi will showcase unique international artworks and takes visitors on a colourful journey through the much-loved pictorial world of the master painters of the 20th century. Offering a cross-section of various oeuvre, the works on display span the arc from oil and acrylic paintings to lithographs, illustrations, engravings and aquatint. Diners will enjoy the delicious use of colour and texture in the works of art garnishing the walls; a perfect pairing with the vibrant Italian cuisine created in the lively kitchen of Mezzaluna. The restaurant in the iconic Emirates Palace offers the ideal venue to display such a delectable collection of artwork.

The classic masters of the 20th century created new forms of expression. Pablo Picasso and Braque worked together in developing Cubism, from 1909. In the process of mutual artistic stimulation they created paintings of great consistency in their mutual resemblance, color scheme and architectonic solidity of composition.

Matisse was a French painter and sculptor, and also one of the inventors of Cubism along with Pablo Picasso. Henri Matisse was eventually recognized as the leader of Les Fauves, or “The Wild Beasts,” and like the group of painters, he emphasized the use of intense color as a vehicle for describing light and space, as well as for communicating the artist’s emotional state.

Matisse is represented with a painting, titled “Teeny”. In 1929 Teeny married Pierre Matisse, the youngest son of Fauve artist Henri Matisse. They had three children: Jacqueline, Paul, and Peter. Throughout 1938, Henri Matisse made a series of portrait sketches of Alexina.

The forms of Juan Miro’s paintings are organized against flat neutral backgrounds and are painted in a limited range of bright colours, especially blue, red, yellow, green, and black. Amorphous amoebic shapes alternate with sharply drawn lines, spots, and curlicues, all positioned on the canvas with seeming nonchalance. Miró later produced highly generalized, ethereal works in which his organic forms and figures are reduced to abstract spots, lines, and bursts of colours.

In 1973, Joan Miró began publishing his print work at Sala Gaspar in Barcelona, including the series of thirteen etchings Barcelona 1972-1973. The same year, he also worked on “Oda a Joan Miró” by Joan Brossa. Brossa brought to the project his visual poetry, while Joan Miró’s contribution was to be in Brossa’s words “a kind of parallel music,” keeping both contents separate.

Marc Chagall was a Russian-born French painter and designer, distinguished for his surrealistic inventiveness. He is recognized as one of the most significant painters and graphic artists of the 20th century. His work treats subjects in a vein of humor and fantasy that draws deeply on the resources of the unconscious. Chagall’s distinctive use of color and form is derived partly from Russian expressionism and was influenced decisively by French cubism.

Salvador Dali is among the most versatile and prolific artists of the 20th century. He successfully turned to sculpture, printmaking, fashion, advertising, writing, and, perhaps most famously, filmmaking in his collaborations with Luis Bunuel and Alfred Hitchcock. Dali was renowned for his flamboyant personality as much as for his undeniable technical virtuosity. In his early use of organic morphology, his work bears the stamp of fellow Spaniards Pablo Picasso and Joan Miró. His paintings also evince a fascination for Classical and Renaissance art, clearly visible through his hyper-realistic style and religious symbolism of his later work.

M.F. Husain came to be known as the Picasso of India. His narrative paintings, executed in a modified Cubist style, can be caustic and funny as well as serious and sombre. His themes, usually treated in series, include topics as diverse as Mohandas K. Gandhi, Mother Teresa, the Ramayana, the Mahabharata, the British Raj, and motifs of Indian urban and rural life. One of the most celebrated and internationally recognized Indian artists of the 20th century he also received recognition as a printmaker, photographer, and filmmaker.

Jean François Larrieu is a direct descendant of Paul Klee and Joan Miro, whose visual vocabulary is delightful in order to sublimate the real world. Larrieu’s favorite subjects are trees, a re-emphasis of roots and the absolute necessity for a genuine blossoming and for man’s survival. Jean-François Larrieu superimposes forms, creating a knowledgeable and joyful architecture carrying multicolored signs not to mention multicultural, universal ones. In fact, through his pictorial language, his landscapes peopled with magical huts, figures and birds, he is opening up a door, a pathway towards known and unknown marvels, caught up in a musical cadenza in which the imaginary is king.

Weisbuch’s etchings are the strongest representations of his figures, intensely alive. The artist’s mastery of gesture applied directly on the copper makes of Weisbuch in this discipline an artist who indisputably marked his time.

The exhibition in Emirates Palace, Mezzaluna is a unique show of works, which are rarely on display seen in the Middle East. Swiss Art Gate UAE and ProArt Gallery are proud to present these artworks to the public during two months.