Large-scale changes in the so-called food system cannot happen without the help of big investors. Even though most of them prefer to take short-term, profit-maximizing views, there are some unconventional exceptions.

Fortunately, some investors – as for example a number of Abu Dhabi based sovereign funds – began to see that we are headed to a long-term and politically dangerous food crisis. It is more than obvious for everyone that exponential growth cannot go on forever in a finite world. Ever since the supposedly “containment” of the subprime crisis in 2007 we have begun to see the finite nature of resources, despite of the fact that it has been largely ignored by most economists. Nowadays the most important issue is not energy or metals, but food. 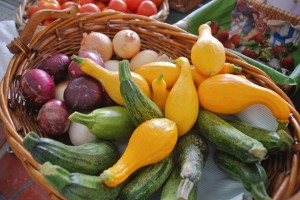 The argument of all advocates of truly sustainable food is that we are going to be eating sustainable and more-or-less organic food within a couple of generations no matter whether we like it or not. The question is whether we will accept this, though it might be too late for that, or we will go through a dystopic crisis first.

When we take into account falling grain productivity, rising resource prices, snowballing water problems, declining returns from the use of chemical fertilizers, increasing energy costs, the new unfavorable climate conditions, and many other factors, we will see that we are already into a global food crisis that is unlikely to be solved for many years.

Experts say that we have to go to an organic sustainable system, if we don’t want to starve. Moreover, they claim that large-scale organic agriculture can be profitable.

There already are some foundations that are funding research in organic agriculture. Unfortunately, nowadays standard farming means sterilize the soil (which basically means “kill it”), put on fertilizer and water to restore its fertility, and then beat the bugs back again with massive doses of insecticide and pesticide. This just does not sound very “green” or planet-friendly.

Now, let’s talk about profitability. For an organic farm on the order of 350 acres, which qualifies as “medium” in size, you should accurately measure output from organic farming. Then you should compare it with the output of conventional farming. Even if it’s 30 percent less, which will most likely be the case since inputs are less expensive, you will save a lot of money. Not to mention the premium in price that organic foods suggest.

More organic product will result in lower premium, of course, but as conventional input prices go up, you save relatively more.

It is not going to be easy since most people lack infrastructure or training set up, and organic farming is a bigger risk than industrial. In the beginning it will be much more trial and error.

Experts believe that a portfolio of farms that are doing state-of-the-art farming over a 20-, 30-year horizon will be the best investment money can buy. Moreover, it will be good for the planet. 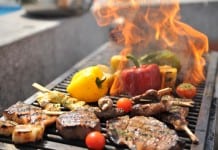