Science reveals people enjoy to brag so much

Bragging brings the sense of reward and satisfaction as enjoying food, money or sex 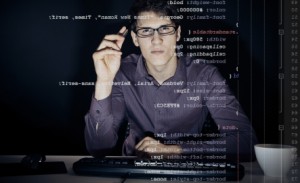 Posting, sharing photos and chatting about ourselves triggers the same sensation of pleasure in the brain as food or money. This happens when we brag in a personal conversation and also on social media sites like Facebook and Twitter.

About 40% of everyday speech is devoted to telling others about what we feel or think. Now, through five brain imaging and behavioral experiments, Harvard University neuroscientists have uncovered the reason: It feels so rewarding, at the level of brain cells and synapses, that we can’t help sharing our thoughts.

“Self-disclosure is extra rewarding,” said Harvard neuroscientist Diana Tamir, who conducted the experiments with Harvard colleague Jason Mitchell. Their findings were published in the Proceedings of National Academy of Sciences in the United States. People were even reported willing to forgo money in order to talk about themselves.

To assess people’s inclination for what the researchers call “self disclosure,” the researchers conducted laboratory tests. Their aim was to see whether people placed an unusually high value on the opportunity to share their thoughts and feelings. They also monitored brain activity among some volunteers to see what parts of the brain were most excited when people talked about themselves as opposed to other people. The dozens of volunteers were mostly Americans who lived near the university.

In several tests, researchers offered the volunteers money if they chose to answer questions about other people, rather than about themselves, paying out on a sliding scale of up to four cents. Questions involved casual matters such as whether someone enjoyed biking or liked capuchino.Other queries involved personality traits, such as intelligence, curiosity or aggression.

Despite the financial incentive, people often preferred to talk about themselves and willingly gave up between 17% and 25% of their potential earnings so they could reveal personal information.

In related tests, the scientists used a functional magnetic resonance imaging scanner, which tracks changes in blood flow between neurons associated with mental activity, to see what parts of the brain responded most strongly when people talked about their own beliefs and options, rather than speculating about other people.

Acts of self disclosure were generally accompanied by spurts of heightened activity in brain regions belonging to the meso-limbic dopamine system. This is  associated with the sense of reward and satisfaction from food, money or sex.

People love other people to listen to them. Why else they tweet otherwise?