The Abu Dhabi based branches of the Louvre and Guggenheim museums could now open at least a year later than planned, according to a statement by TDIC.

A new timetable revealed on Saturday indicates  signs of difficulties in the development of the ambitious Saadiyat Island cultural district project. 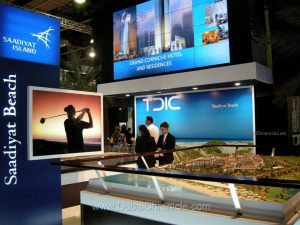 The Louvre is part of the Cultural District on the Dh99bn Saadiyat Island development that will include a performing arts centre, a maritime museum, the Zayed National Museum and The Guggenheim museum designed by the Canadian-American architect Frank Gehry.

The Louvre branch was scheduled to open in 2013, and the Guggenheim in 2014. Earlier last week, the government-backed developer, Tourism Development and Investment Company (TDIC), reportedly dropped plans to award a major construction contract for the project.

“This will ensure that quality is not compromised, and allow each establishment the time needed to create its own identity on the local and international cultural stage”, TDIC’s statement says.

Significant progress has already been made on the museums, including finalised and detailed architectural designs, and all foundation and piling work. The acquisition of the vast art collections that will be housed in each venue is already taking place, as well as the training of the expertise that will operate each institution. [mpoverlay][/mpoverlay]