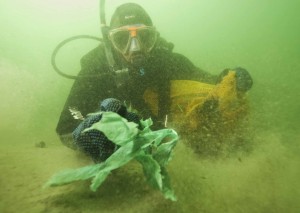 Building on â€˜Because We Care,â€™ an initiative of Sharjah Museums Department (SMD), Sharjah Aquarium and Sharjah Maritime Museum have partnered in a global ocean conservation initiative by providing valuable insight on marine pollution to the Ocean Conservancy â€“ Start a Sea Change programme.

SMD joined over 400,000 volunteers globally in 104 countries to evaluate the state of marine debris and thus create a compelling snapshot of global marine pollution. As part of the initiative, SMD had organised the Al Khan Beach Cleanup Campaign, which collected 350 plastic bags and almost 1.5 tonnes of rubbish. More than 1000 volunteers including members of government establishments and non-governmental organizations participated in the event.

Kerwin Porter, Curator of Sharjah Aquarium, said: â€œOur data from the cleanup campaign indicates that most of the rubbish collected was left behind following beach based activities such as barbecues. The divers also found significant amounts of fishing nets on the seabed. This data has been forwarded to Ocean Conservancy, which works to mitigate marine debris.â€ 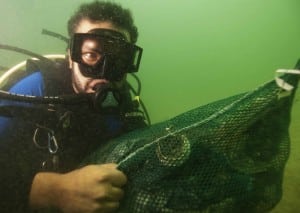 â€œThe Conservancyâ€™s report A Rising Tide of Ocean Debris sheds light on the impacts of ocean trash on wildlife and its connection to the challenge of global climate change. Its Marine Debris Index provides a roadmap for eliminating marine debris altogether by reducing it at the source and changing behaviours that cause it â€“ two objectives of our cleanup campaign,â€ said Khawla Almuhrizi, Curator of Sharjah Maritime Museum.

The cleanup campaign included recycling and drawing workshops for children. Families that collected unusual pieces of rubbish or the most rubbish were rewarded. Some of the unusual rubbish collected included a sofa picked up by the Scouts, a pink elephant and a sleeping bag collected from the seabed by Scuba divers.

About Sharjah Museums Department
The Sharjah Museums Department was established in 2006 by His Highness Dr. Sheikh Sultan Bin Mohammed Al Qasimi, Member of Supreme Council and Ruler of Sharjah, as an independent government department that aims to deliver the highest quality of museums for the people of Sharjah and all its visitors, through its facilities, exhibitions, and programmes of learning, research and community outreach.

Sharjah Museums have over 17 sites in Sharjah that cover the arts, Islamic culture, archaeology, science, aquariums, heritage and natural history of Sharjah and the region