It was reported that organizing Traffic Village events was part of several key events staged by the RTA to mark the 25th GCC Week. The event, which lasts through Thursday 19th March, targets children, parents and family members in general. RTA prepared an excellent programme over the days of the Traffic Week spanning several events and awareness activities covering all segments of the community and various parts of Dubai.

The activities & events organized by the RTA at Salama Village form an interesting blend of fun and benefit as the Children City receives folk of visitors from various age groups & nationalities from 08.00 am up to 03.00 pm. It offers educative programs carried out by RTA Traffic Section to highlight the importance of complying with general rules of traffic safety and the use of safety belt to avoid accidents and minimize their negative impacts.

The daily program of Salama Traffic Village includes more than 6 interesting windows tailor-made to attract kids of various ages such as: The cycling track equipped with 20 bikes compatible with safety specifications for all age groups starting from 3 years, as well as television & cartoon movies focusing on traffic awareness. Two new safety belt models will be on offer and they are expected to be a source of popular attraction. There is also the free drawing corner which will attract guests in the rejuvenated safety coach, enabling them a platform to express and practice their drawing skills.

Visitors of the Village will also be introduced to several directional traffic signs and some road safety guidelines by a group of experts in this field as part of their participation in the fun and educational quizzes. Salama; the center stage character of Kids Magazine, which is published by RTA Awareness Section on monthly basis, will participate with youngsters in some events and give them gift items. Salama Traffic Village programs also include diverse windows organized by Traffic Depâ€™t in association with Right of Way Services Depâ€™t at RTA Traffic & Roads Agency, and other companies and centers such as Johnston & Johnston, Baby Shop, and Dubai Center for Special Needs. 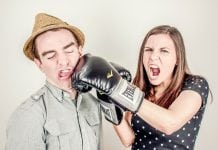