Real estate loans at the UAE banks stood at AED173 billion at the end of last year.

As liquidity is stable in the UAE banks, the lending rate is registering slight growth, said UAE Central Bank Governor HE Sultan Nasser Al Suwaidi, at a gathering held yesterday in Abu Dhabi by the Bank of New York Mellon according the official news agency WAM.

“The banks’ consolidated balance sheet for January 2009 showed a slight increase in loans and advances over the figure of last December, which means the banks are still lending to different businesses, even though the rate of lending stayed at a single digit,” he added.

Al Suwaidi said the UAE Central Bank is working with the Ministry of Finance “to put a scheme in place to reduce the interest rate of corporate-to-bank deposits by breaking the vicious circle and rigidity that have developed as a result of the liquidity crisis.

Al Suwaidi said some adjustments will take place in the real estate sector, but that will depend on levels of rent rates, which are expected to come down gradually. He noted that real estate prices, however, went down slightly due to psychological reasons driven by sellers’ and buyers’ expectations besides non-availability of bank loans sometimes.

He underscored that the real estate market is strong in the UAE despite forecasts that it would be affected, indicating that “this market adopts policies and systems different from those ones being adopted at the world Markets. He cited that major property investors and owners could endure some percentage of their properties not occupied in times of crisis as it happened before. 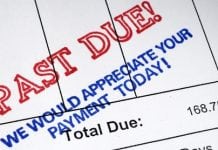 Late payments on the rise in UAE

UAE banks must refrain from offering loans over the phone