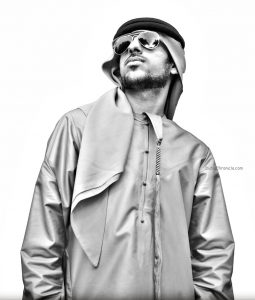 Omar Al Raisi (aka DJ Dantani) is an UAE national businessman who loves to DJ as a hobby. This year, he has been selected to perform live during the Abu Dhabi Grand Prix 2011 at the Yas Marina circuit. Pop superstar Britney Spears is set to perform on the opening night of the Formula 1 concert in November, alongside Beatles star Sir Paul McCartney, US band Incubus and British outfit The Cult.

For an Emirati, the profession of a DJ is an unusual and unique, therefore we would like to find out more about the passion of DJ Dantani and share it with you.

Omar Al Raisi is right now in Dubai and we have had the pleasure of interviewing him.

Q.: Please tell us a little bit about yourself. How old are you? What is your education background? Are you from Dubai and where do you live most of the time?

A.: About me, mmmm I’m 23, an Entrepreneur living in Abu Dhabi. I’m always thinking about a new idea and how to make it a reality! I have been working in the business of events and music for a while and DJing was not something I wanted or want to do as a profession, but more of a hobby. I’m based between Abu Dhabi and Al-Ain.

Q.: In about a month, you will perform live during the Formula 1 Abu Dhabi Grand Prix 2011. This is a very exiting event, followed by millions of fans from around the world. How do you feel about it? Seeing Britney Spears live is not an every day opportunity!

A.: Yes, it’s a great pleasure to be asked to perform at the Abu Dhabi F1 Grand Prix. I will be performing with DJ Shaf Raisi during the race breaks at the Yas Marina for all the 3 days. Abu Dhabi always does it bigger and better than anyone else and they get the biggest artists to perform but I’m personally not a fan of Britney Spears.

Q.: Are you preparing a special program for the event, music mixes or soundtracks?

A.: Yes, I will be making special sets for the Abu Dhabi F1 Grand Prix and DJ Shaf Raisi has produced a track especially for the F1 called ‘Hit The Road’ which we will be playing live during the F1.

Q.: Have you met many popular music stars in the past? Who are the most popular and who is your favorite?

A.: I have met a few, Jay Sean, Kings of Leon, David Morales, Frankie Knuckles, DJ Antoine and a few more. Who do I want to meet? There would be only one – Michael Jackson – only if god could send him down for a day!

Q.: How did you decide to become a DJ? Was it a spontaneous move or childhood’s dream?

A.: Not really, I have never thought to become a DJ! I grew up in family where all of my brothers were DJs and producers and I guess I got a little virus from them to try it just as a hobby, which is fun, I should admit.

Q.: Are DJs qualified professionals? Is there a course, diploma or some sort of training that you should complete to get certified?

A.: Not really… no, most of the top DJs around the world learned by practicing in their bedrooms. However there are courses to learn how to produce music and the using of different musical software’s and audio engineering.

Q.: How your family reacts to your choice to profession? We know, twenty years ago there are almost no nightclubs in Dubai and live concerts were exceptional prerogatives to the most popular music stars of the Arab world.

A.: My family is used to it, because my brothers have been DJing and doing events since 99 and they know that it is just work. Yes, it used to be different back then, but now Dubai & Abu Dhabi are the spots when it comes to entertainment & nightlife. They always do it better than anyone else!

Q.: Is the business of music publishing profitable in Dubai? We know you have registered a company and established a strong presence in Europe.

A.: My brother (Haneef Al Raisi) has started the company under his Raisani brand, Raisani Publishing. I believe so yes, it’s a profitable business. Haneef always wants to be involved with the best, so he got ROBA music publishing, which is the biggest in Europe to administer it. Haneef has been touring the brand globally since the last 2 years and he has done events in Miami, Ibiza, Barcelona, St. Tropez, Budapest, London, Caribbean, Kuala Lumpur, Jordan, Bahrain and many more.

Q.: What are your plans for the near term future? Where would like to see yourself in five years from now?

A.: I am currently working on my new company called ‘Dantani’ and hopefully I want to take my brand to a new level and be up there among the best. I’m obsessed with football and a big supporter of Chelsea football club and I would love to do something related to football someday.

Q.: What is your favorite spot in Dubai? Where people can see you and meet you?

A.: I don’t have a favorite spot, but I’m always at N’dulge in Atlantis or hanging around in JBR, or in a sports café, watching Chelsea play. People can see me anytime when I’m hanging out; they just have to hola me on Twitter @dantani.

Moving to Dubai to Help Others Move West