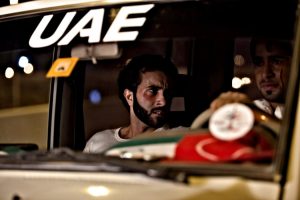 The third edition of the Gulf Film Festival, held under the patronage of His Highness Sheikh Majid Bin Mohammed Bin Rashid Al Maktoum, Chairman of the Dubai Culture & Arts Authority (Dubai Culture), will open today (Thursday, April 8) showcasing a vivid collection of 194 contemporary films from 41 countries over the next seven days at Dubai Festival City.

A celebration of excellence in Gulf cinema, the festival will open with the Emirati film, â€˜City of Life,â€™ directed by UAE national filmmaker Ali Mustafa and shot entirely in Dubai with a cast and crew drawn from around the world. An array of Gulf film celebrities will walk the red carpet for the glittering opening ceremony.

Gulf Film Festival Chairman Abdulhamid Juma said the festival has played a key role in elevating the appeal of cinema from the Gulf region internationally. â€œOver the past three years, the festival has achieved two tangible achievements. Firstly, it has set the base for a robust GCC film industry, as is evident in the number of films â€“ 111 – from the region. Secondly, the festival helped audiences evolve as serious, discerning cinema lovers, which in turn inspires filmmakers to pursue their passion and convert their dreams into reality.â€

Festival Director Masoud Amralla Al Ali added: â€œThe Gulf Film Festival is now undisputedly the home to a new wave in Arab cinema, and serves as the only venue for all members of the larger film fraternity to meet, discuss and explore films, several of them providing compelling glimpses into life in the Gulf region. This yearâ€™s selection has a rich collection by debutants, which highlights the growing appeal of films as a preferred tool for creative expression.â€

Among the films being screened from the GCC region, the UAE has a clear dominance with 36 films followed by Saudi Arabia (24), Oman (10), Kuwait (8) and Bahrain (6). Also from the Arab world is a rich showcase of (25) Iraqi films.

The Gulf Film Festival will be held until April 14 and is supported by the Dubai Culture and is held in association with Dubai Studio City. For more information, please visit the Festival website: www.gulffilmfest.com.