In what stands as the next step in the evolution of online music entertainment, Abu Dhabi Media Company (ADMC), Universal Music Group, Sony Music Entertainment and EMI Music, today marked the ground-breaking launch of VEVO, the new premium music video and entertainment service in partnership with YouTube.

The largest video network on the web, VEVO blends the best in highest-quality music content with YouTubeâ€™s cutting-edge video technology and established user community.Â  All searches on YouTube for music videos by any of the artists represented by UMG, SME and EMI, as well as other VEVO label partners, will now be available through VEVO only.Â  In addition, VEVOâ€™s content will be available at VEVO.com and through a VEVO-branded embedded player. VEVO will also serve as a syndication platform for additional internet destination sites, expanding the reach of the VEVO brand across the worldwide web.Â AOL and CBS Interactive Music Group are announced as VEVOâ€™s first syndication partners. Through these deals, VEVO will be available across major online publishers by the end of Q1 2010 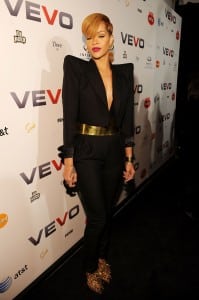 â€œThis has the potential to be a true game changer for consumers, artists and brands,â€ said Mr. Doug Morris, Chairman & CEO of UMG/Co-Chairman & Founder of VEVO. â€œFor the first time, consumers will have access to the majority of premium music videos being streamed online today all in just one click, while artists and brands will benefit from being connected like never before with their fans and the most sought after demographic on the Web. Weâ€™re excited about the potential of the new service and weâ€™re looking forward to working with all of our new content providers, distributors and brands who want to take full advantage of this extraordinary opportunity.â€
“VEVO brings together a combination of a premium music inventory, robust investment and media services management expertise on one platform,” said H.E. Mohamed Khalaf Al Mazroui, ChairmanÂ of ADMC. “Being part of this unique partnership is simply the latest milestone in ADMC’s strategy, which envisages a growing role for Abu Dhabi as a global hub for world class digital media.” 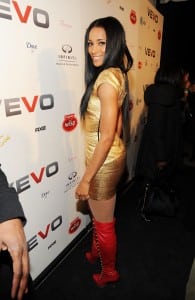 “The launch of VEVO brings together some of the world’s largest players in the media space in a truly historic partnership that we are delighted to be a part of,” said Edward Borgerding, Chief Executive Officer of ADMC. “ADMC is committed to offering our audiences a diverse range of products and VEVO now forms an integral part of our fast expanding digital media portfolio.”

Available free-of-charge to internet users, VEVO features the most extensive array of professionally-produced music videos, exclusive premieres, concerts and more anywhere on the Web from such market-leading companies as Universal Music Group, Sony Music Entertainment, EMI Music, Hollywood Records, Walt Disney Records, CBS Interactive Music Group, Big Machine Records, Concord Music Group, Lyric Street Records, ABKCO, Caroline Distribution, Fontana Distribution, INgrooves, IODA, RED and The Orchard, among many others. Videos on VEVO are at least twice the quality and resolution of those generally found online today, and unlike videos found elsewhere, a majority of videos on VEVO will feature integrated, synchronized lyrics.
Music fans will drive the VEVO experience through play-listing, commenting and social networking, as well as being able to purchase MP3s of their favorite songs through iTunes and Amazon. Soon they will also be able to purchase an extensive line of artist-related merchandise through a partnership with Bravado, the worldâ€™s leading global entertainment merchandise company.

“Music video entertainment is a rapidly growing segment and participating in this partnership to launch VEVO is a reflection of our commitment to being part of the innovation that drives online entertainment,” said Ricky Ghai, Executive Director of ADMC’s Digital Group. â€œA potential rollout of a localized VEVO portal across the Middle East region will lead to a great destination for viewers, an important channel for Arabic music content, and a major step change in the on-demand media entertainment services offered regionallyâ€, addedÂ Ricky Ghai, ADMC’s Executive Director, Digital Group.

â€œThe caliber of brand partners that we have launched with today is testament to the scope of the opportunity that VEVO represents,â€ said Mr. Rio Caraeff, President & CEO of VEVO. â€œWith immediate scalability and the capacity to strengthen brand loyalty through engaging and interactive programs, VEVO is uniquely positioned to deliver real value for its partners.â€

VEVO is launching at a time when Internet users and brands are embracing premium online video as never before. Most recently, comScore Video Metrix service showed that more than 167 million U.S. Internet users watched online videos during the month of October, with 28 billion videos viewed during the month alone, and 84.4 percent of the total U.S. Internet audience viewing online video. And research firm eMarketer estimates that video ad spending will likely rise to reach $2 billion in 2011, up from $734 million in 2008.

About VEVO
VEVO is the leading innovative online premium music and entertainment service for consumers, advertisers and content owners that blends the very best in musical content with cutting-edge video technology and a thriving user community powered by YouTube. The content is made available on YouTube through a VEVO-branded channel, on VEVO.com, the serviceâ€™s marquee destination site, and through a special VEVO branded embedded player. The service also serves as a syndication platform for additional internet destination sites, expanding the reach of the VEVO brand across the worldwide Web.