The industrial market in Dubai demonstrates improving performance in recent months, supported mainly by the growth of the transport and logistics sectors.

Jones Lang LaSalle estimates the industrial stock in Dubai to stand at approximately 66 million sq m of built space, representing around 20% of the total industrial land, with JAFZA North believed to have the largest stock in Dubai.

Most of the current enquiries involve the expansion or consolidation of companies already located in Dubai. However, as global economic conditions improve this trend is expected to change with increased interest from new entrants.

Occupier demand falls into two categories: most small tenants prefer to rent or buy existing facilities, while large global corporates prefer to acquire land plots on which to develop their own facilities, as they can not find high quality speculatively built premises.

The industrial sector in Dubai benefits from being less exposed to oversupply than other segments and is therefore projected to be one of the best performing sectors in the short-to-medium term.

As the volume of freight through both Jebel Ali port and the new Al Maktoum International airport at Dubai World Centre continues to increase, there is likely to be continued demand for warehousing and logistics space in the major industrial locations to the south of Dubai.

The market remains dominated by the traditional onshore areas that have organically grown with the city over time and are now located in dense residential and commercial areas.

However, the trend is moving more towards the newer areas, which offer well developed infrastructure, good connectivity, and proximity to major infrastructure projects, in addition to better quality products. The freezone areas are capitalizing on their proximity to major ports and airports while the non-free zone areas such as Dubai Investment Park

The growth of the industrial sector in Dubai is illustrated by the following figures:

• Jebel Ali sea port is opening its third terminal that will increase its capacity to 19 million TEU’s* a year, by 2014.

• Dubai Industrial City witnessed a strong year in 2012, with a reported growth of over 80% in the number of registered companies and an 82% warehouse occupancy rate. DIC now hosts 471 companies, up from 259 in 2011.

Rental rates in completed industrial units in Dubai currently vary significantly from one area to another, with no real standardization of logistics facilities.

The average rent across onshore areas is around AED 350 per sq m. The older areas command average rents of 320-550 per sq m, due to their proximity to local markets, despite the poor quality of their stock and the relatively underdeveloped infrastructure systems. Completed units in newer but more peripheral locations (such as DIC and DIP) offer somewhat lower average rents.

The free zone areas of Jebel Ali and Dubai Airport command a higher average of between AED 350 – 800 per sq m for completed warehousing units.

Currently quality does not seem to be driving price. Price remains determined by critical mass, clustering and location as companies prefer being positioned close to the CBD.

Demand is likely to shift over time towards those areas offering better quality products, well developed infrastructure and access to ports and/or airports. Al Maktoum International Airport will start transforming into an integrated logistics platform over time, increasing the attraction of industrial areas to the south of Dubai.

The industrial market has been much less cyclical than other sectors over recent years and continues to be dominated by long term commitments to single tenants. 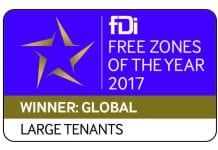 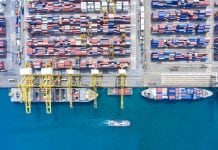 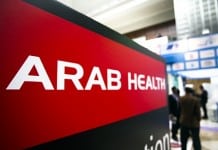 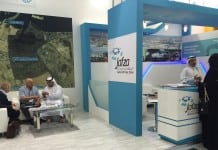